This Is Why I Am Single - Full Internal Disco 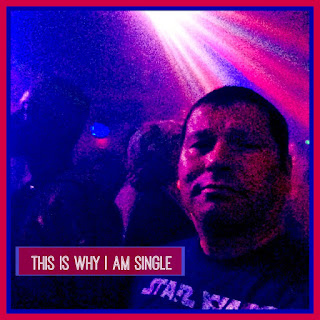 Tonight, I took a friend to see FADE TO CONNIE,
a delightfully different show that's a dance/performance art piece about
putting ourselves in our favorite movies.  I highly recommend it.
So afterward, my friend says he'd like to go out before heading home.
I dismiss my old self, who is saying to me, "but you're still exhausted from last night!",
and drive us over to Akbar, where Mario Diaz's FULL FRONTAL DISCO is going on... 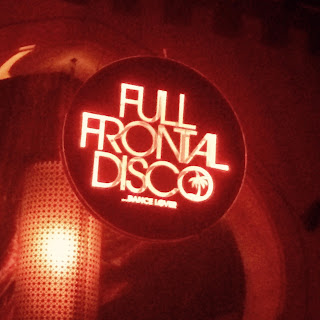 We go into the main bar area before heading into the disco
and we run into a few (one) people (person) we (I) know.
We also struck up a conversation with a straight couple who were having a nice time.
By the time they left and a group of familiars were surrounding us,
I found myself in an odd little place inside of me.  While they were all chatting,
I sat there quietly.  I didn't have anything to say... and I didn't mind.
I didn't feel awkward or pressured to clap my trap.  I just sat, watching them talk,
listening to the music and absorbing it. 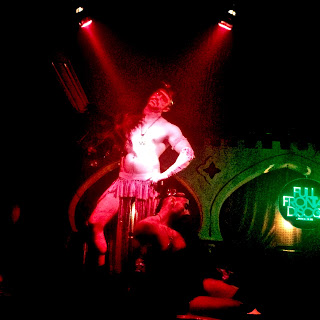 When we went into the Disco, we headed to the dance floor and I stood among the others
kind of bouncing, more than dancing, feeling perfectly fine.  Maybe it was exhaustion
in disguise of serenity, but there I was, in the group but not really participating.
This is why I am single, I can be in a disco, surrounded by many good looking, approachable guys,
and be perfectly fine with bouncing in place and not really interacting with anyone.
Whatever. Despite the nice time, we headed home not long after (regretfully missing the show)
and I wrote this entry, then went to bed.
It was a good night.

Email ThisBlogThis!Share to TwitterShare to FacebookShare to Pinterest
Labels: Akbar, Fade To Connie, Full Frontal Disco, serenity, This is why I am Single